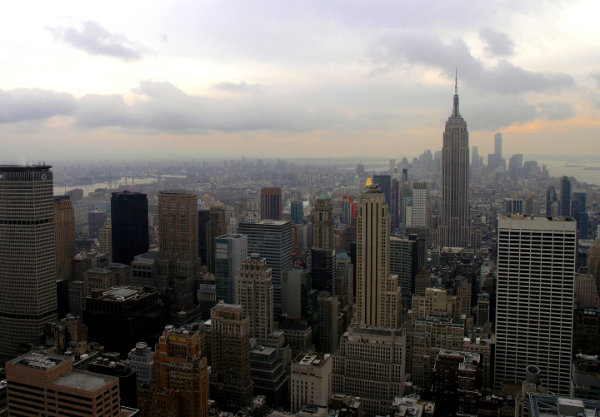 It was 1am in the morning and I was sitting on an old wooden stool in a bar in Greenwich Village. Sixties soul classics were being belted out, one after another, in an endless magical medley. Throughout the room there was a sea of people that were bonded together by their love of the tunes echoing in their ears. After a few drinks and a few laughs, I decided that I’d call it a night and began walking back to my hotel.

Earlier that day, I had taken an elevator from the ground floor of the Rockefeller Center Building to the top of the world. From there, I had photographed the majesty of the Empire State Building and the autumn colours of Central Park. Many hours had also been spent on the magnificent Brooklyn Bridge, outside the Chrysler Building and at the Statue of Liberty, taking pictures from every conceivable angle. Doing a photo shoot in the most iconic town in the world, New York City, was exhilarating. It was a photographer’s heaven.

It took me nearly fifteen minutes to get back to my hotel from the bar in Greenwich Village. Before I strolled into the foyer, I looked over my shoulder and saw the arch at the entrance of Washington Square Park. Lit up by the street lamps, it was quite breathtaking. I took a moment, then turned around and went in. When I laid down to go to sleep that night, I took stock of what I had experienced during those past 12 hours. It was a good day.

There are a few things in life that help us to feel like we are living rather than just existing. For me, one of those things is my photography. I have been taking pictures for over 35 years and it is one way that I can find peace, gain balance and perspective, which in turn helps me to navigate through the challenges of life. Furthermore, photography is also a way that I can hopefully leave a little legacy of something good, creative and positive for others to enjoy…
Peter Kapoyanis